Building a DIY Solar Heater, Part 1: The Part That Goes Down Easy

Well, it's been a while since I posted here, so, I apologize to all 11 readers and anyone who might have been looking for updates on Rick's Natural.

First, word's out that I'm not moving to South Carolina, as planned, thanks, almost exclusively, to Bank of America. It's a long, sordid story, but the bottom line is that, apparently, they prefer to have me living here for practically free instead of paying me to leave. So, good luck to them; upstate New York gains by my continued presence. I guess the South will have to rise again without me. 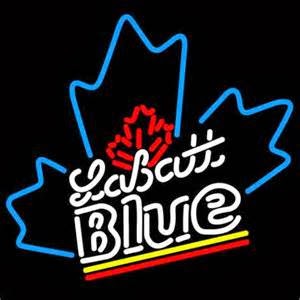 Suffice to say that the backyard garden was something of a success, as successful crops of cucumbers, broccoli, corn (11 feet high!), three tomato varieties, ambercup squash, spaghetti squash, eggplant, lettuce, melons and watermelons were produced.

I believe the local rabbits truly enjoyed almost all of the peas and most of the spinach, though, oddly enough, the bunnies in my backyard didn't have a taste for lettuce. I had them fenced out for most of the growing season, but they found ways in at the beginning and as the season wore on into September. One thing about hungry rabbits: they are persistent.

Tobacco was almost a complete bust. The weather was either too cold early or too wet for seeds to propagate, though about 12 plants did survive, prosper, get cut, cured and smoked. More on tobacco planning for upstate NY as we get closer to Spring.

This being the middle of winter and having a very Southern-facing patio on the back of my house, I've always considered using the area (about 16x20) as a kind of greenhouse, especially in March and April, when temperatures are beginning to warm up.

With two large windows on the South face, there's plenty of sun at the proper azimuth to send my imagination soaring to thoughts of solar heat, so, for about the next month, I'll be posting progress on building a pair of my own passive solar heating units.

Part one began today, when I went to Rite-Aid and purchased two six-packs of Labatt Blue in 16-ounce cans, which will eventually serve as the main heat conduits, though first, they have to be drained, making this part of the do-it-yourself (DIY) project not only the most time-consuming, but also the most enjoyable. Should take a few night's work to get all that darn beer out of them.

I was a bit disappointed on the price. In the summer, these six-packs can be had for as little as $4.49, making them a real bargain over the 12-ounce "specials."

Cme to think of it, I could have saved a bundle of money by just hanging out at a recycling center and paying people five cents for their empty cans, or even a dime, but, then it wouldn't be quite as much fun getting the cans ready to use as heaters.

I'm likely to need about 24 of these cans, so I'll be posting again when they're all empty. Believe me, the first 12 will not make it to the Super Bowl, as it's pretty dry inside the Accidental Farmer homestead.

Bottoms up!
Posted by Rick at 1:15 PM No comments: